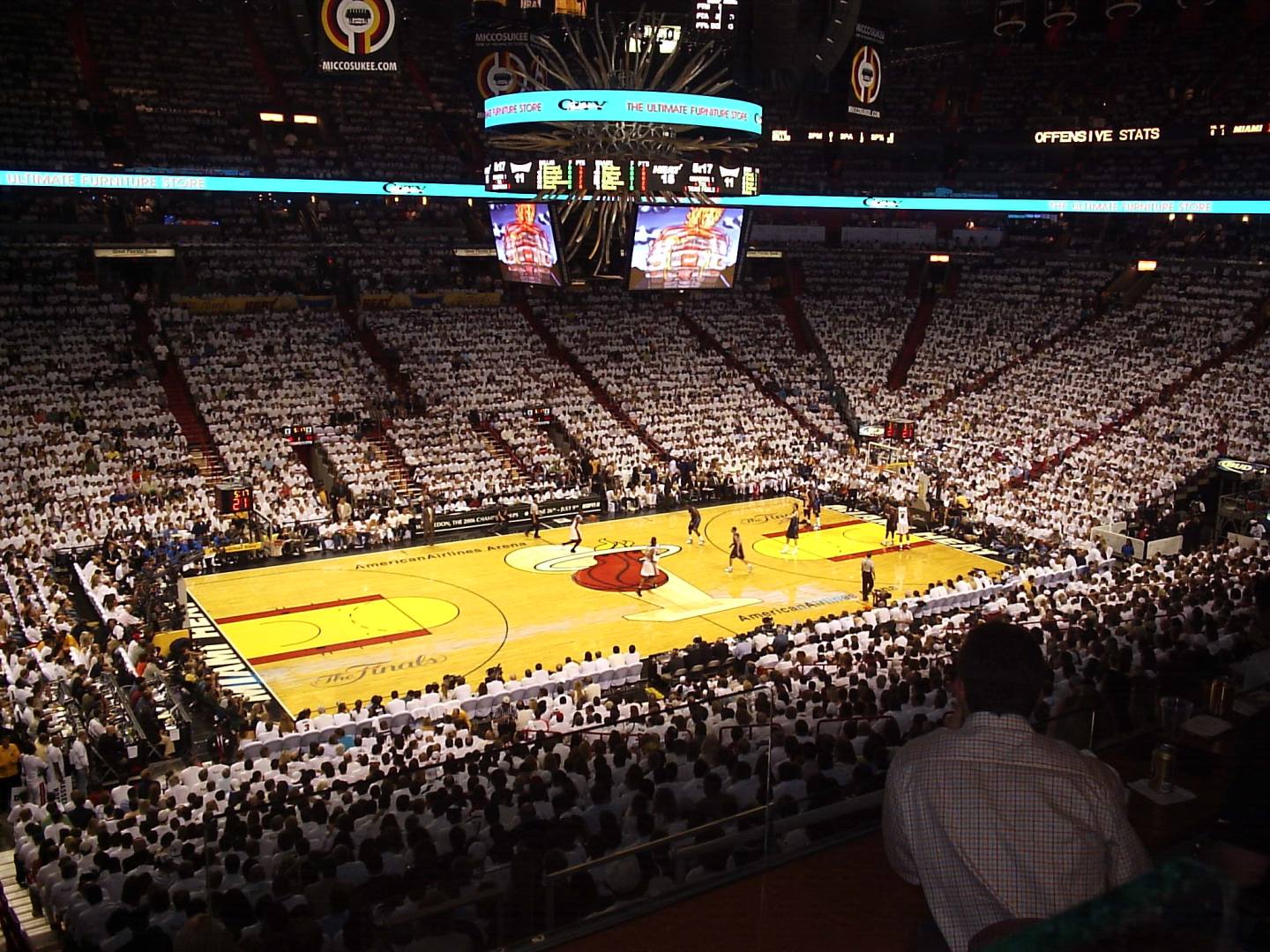 G&G’s Aaron Gillette and Peter Gumas take a look back at the best and worst moments, performances and outcomes of Round 1 of the NBA playoffs.

Gumas: Hard to argue against the Golden State Warriors right now. They seemed to do it all in a clean sweep of their first round series.  They proved they can both close a team out and come from behind on the road, characteristics which they will need if they want to win the finals.

Gillette: Washington Wizards. I’m not taking “best team” to mean who I think is the title favorite, but no team made a bigger statement in round one than the Wiz Kids. After a slow second half of the season, they came out of the gates firing and swept Toronto, who most people picked to win the series. A 31 point blowout to close it out showed they’re ready to make some noise again this year.

Gumas: Two games stand out to me so far. The first is Damian Lillard’s game 4 against Memphis. Down 10 with 6 to play and facing elimination, Lillard put the team on his back and said “not tonight.” The second had to be Deron William’s game 4 against the Hawks. He seemingly rose from the dead that night, including this epic bomb. He finished the night with 35 points 7 dimes and 5 boards, and hit every big shot along the way.

Gillette: Derrick Rose Game 2. 34 minutes, 8 assists and 5 boards in helping Chicago to an OT victory over a Milwaukee team that is better than people recognize. But the most important stat? 48 minutes played, the first time Rose has done that in four years. And after the way the Bulls demolished Milwaukee last night, a healthy-looking Rose is ready to cause trouble for Cleveland.

Gumas: Lots to choose from here, but I thought the epic comeback by the Warriors may have been my favorite. Lots of drama, OT and of course, this circus shot by Curry to force OT.

Gillette: Clippers-Spurs game 5 was an epic back and forth battle, and had it not been for an unnecessary DeAndre Jordan goaltending with 4 seconds left would have gone the other way.

Gumas: Well this isn’t a hard one, has to be Spurs-Clips. There’s been twists and turns throughout this series as anticipated and nobody will be surprised to see this one go 7. What separates it from the only other series that will go 6 games is that both these teams are legit title contenders.

Gillette: I’m going to go with Atlanta versus Brooklyn. We expected Spurs-Clips to be a back and forth series. But Brooklyn has given Atlanta much more trouble than anyone expected, and has a real chance to pull off the upset.

Gumas: Have to go with these two, courtesy of Blake Griffin.

Gumas: So many good players in the playoffs this year, but I’m going to give it to old reliable, Tim Duncan. He’s that old chevy truck you can always count on. He’s turning back the clocks with his 20/10 performances and is a major reason why the Spurs have a chance to advance in game 7 against a very good Clippers team. At 39 years old, Duncan is still leading the charge.

Gillette: I’m cheating and giving the award to both Kyrie and LeBron. Yes, they swept a not so great Boston team, but they dominated the 4th quarters of all 4 wins. In fact in games 2 and 3 they scored or assisted on EVERY point the Cavaliers scored. That’s what MVPs do.

Gumas: Paul Pierce. The Truth, much like Tim Duncan, turned back the clocks and backed up his trash talk by consistently putting the dagger into the hearts of the Raptors. Pierce will be key if the Wizards want to move past round 2.

Gillette: I’m going to stick with the “beating father time” theme and talk about Vince Carter. His numbers may not be too gaudy, but he can still call on his game changing hops when he wants. Doesn’t hurt having a legend with a championship pedigree in the locker room either.

Gumas: For me, its Rajon Rondo. Or perhaps just the most disappointing. The Mavericks expectations skyrocketed when they signed Rondo, yet after just two playoff games, the two sides both admitted they “parted ways.” How do you part ways mid playoff series? That’s how bad things ended up for Rajon and the Mavs. Good luck getting a big contract this offseason.

Gillette: I’m going to lump in the whole Toronto back court of All-Stars DeMar DeRozan, Kyle Lowry, and 6th man of the year Lou Williams. They shot 40.0, 31.6 and 31.4% from the field respectively, and Lowry and Williams shot just 21.7 and 19.0% from behind the arc. They were completely outclassed by Wall and Beal and, despite their regular season accolades, went home with what can only be considered a failure of a season.

Gumas: I have to go with the Celtics. Looking up and down that roster, I have no clue how this team made the playoffs. They got swept, although some of the games were closer than they appeared. As much fun as this team was towards the end of the regular season, they all quickly learned that the playoffs are for the big boys, and they just aren’t there yet.

Gillette: Definitely Toronto. Getting swept as a higher seed is bad enough, but they lost all four games by at least seven points including getting booted out of the door with a 31 point thumping in DC. All of this despite packing their arena and having thousands of fans gathering outside. They not only disappointed their city, but Canada as a whole.

Gumas: For me it’s a coin flip between Dallas and Toronto, but I’m going to go with the Mavs. As previously stated, they had legit title hopes and they got bounced easily in the first round. Tough to imagine that the folks out there in the Big D aren’t majorly disappointed in their team.

Gillette: This is unfair, but I’m going to say New Orleans. Not that they lost the series- that was inevitable. But a win would have done wonders for the team morale and for Anthony Davis. Not being able to hold onto a 20+ point lead has to be disheartening for the big man.

Gumas: Going to go with my old pal Michael Carter-Williams. We all knew he couldn’t shoot, but through the first 4 games of this series he shot a staggering 38.5% on 57 shots, including 0/5 from 3. Just pathetic, and his shooting was a major detriment to the team. The Bulls were daring him to shoot and it forced Jason Kidd to bench him periodically. He did bounce back and have a nice game 5 going 10/15, but I’ll chalk that one up as the anomaly. Isaiah Thomas going 4-17 (1-7 from 3) with his back against the wall in game 4 was pretty pathetic as well.

Gillette: I was going to point out how bad DeMar DeRozan putting up a +/- of -30 is… until Milwaukee’s Ilyasova matched him and the aforementioned Carter-Williams went for -35. There is no excuse for a 54 point loss, that was just flat out disgraceful.

Gumas: Far and away the clippers bench. Through 4 games in this series the Clips bench was getting outscored by the Spurs by a staggering 136-59, outrebounded 64-27 and outassisted 37-7. Tough to win a long series or go deep in the playoffs without a solid bench.

Gillette: Gotta be the bush league performances in Game 4 of the Cavs-Celtics series. Kelly Olynyk and JR Smith’s fouls have no place in a basketball game, and the Cavs losing Love for the season as a result is a shame.

What are you most looking forward to in Round 2

Gillette: The Splash Bros versus the Memphis front court. Arguably the best guards versus the best bigs, can’t wait to see who comes out on top.