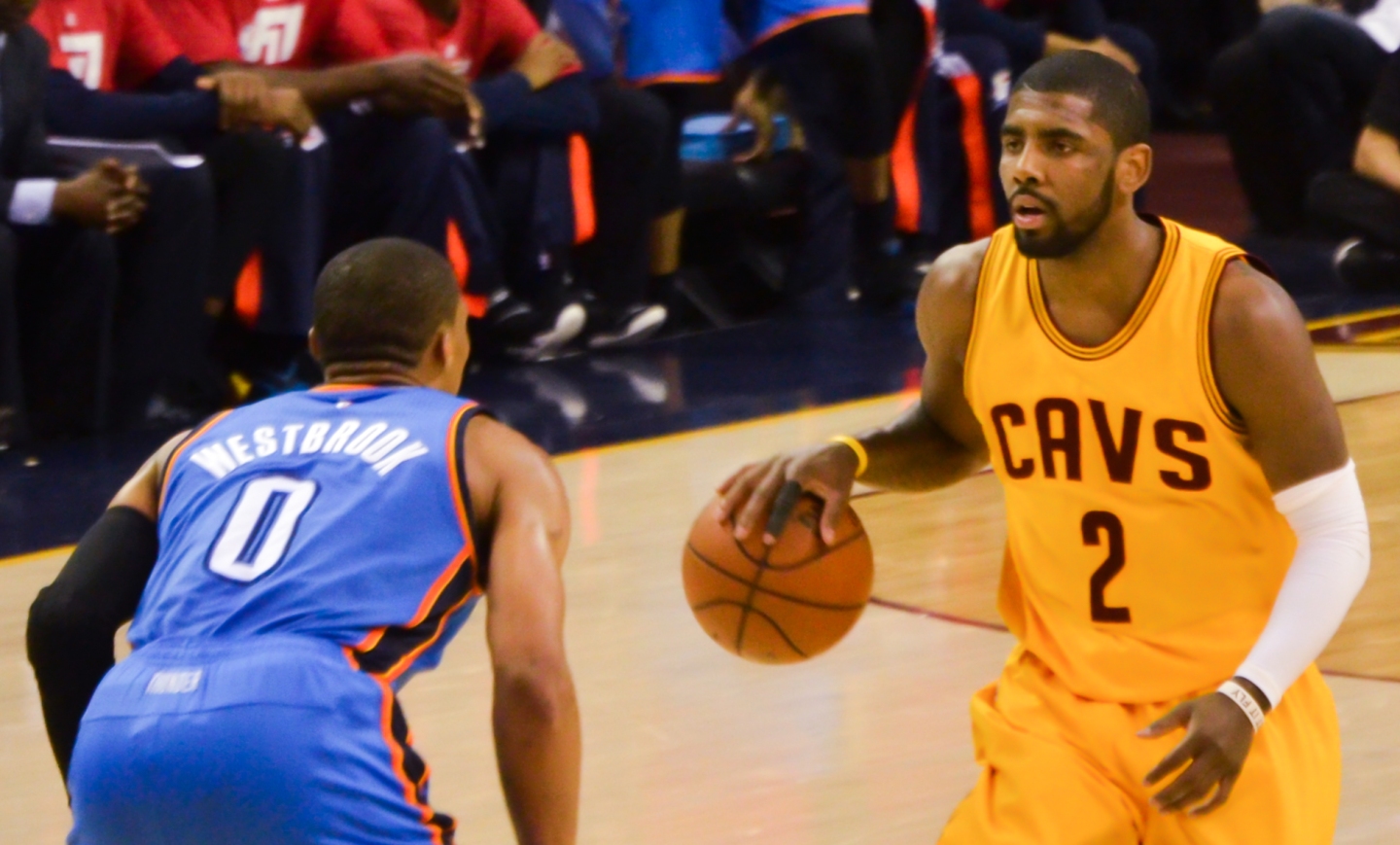 G&G’s Aaron Gillette and Peter Gumas offer their reactions to Game 1 of the NBA Finals and look ahead to Game 2 set for Sunday night in Oakland.

Gillette: The Cavs Played the game they wanted to, and still lost. They hassled GS’s shooters, dominated the boards, and LeBron scored 44 points. But Golden State doesn’t go away, and Iguodala fueled them until Curry got going in the 4th and OT. The Cavs were inches away from winning when Shumpert’s buzzer beater rimmed out, but with Kyrie banged up this loss may doom Cleveland.

Gumas: The Cavs seem to have wasted a game they needed to win. On a night when GS wasn’t at their best and when they had as healthy a Kyrie as they are going to get this series, they needed to capitalize. The Warriors bench fueled their second quarter comeback thanks to Maurice Speights (who hasn’t played in 8 games) and Andre Iguodala. Great overall game and it sucks to see one of the series’ best players go down and possibly deprive us of a legendary series. Imagine if Lebron hits the shot to win at end of regulation, they are up 1-0 with a fairly healthy Kyrie…

Gillette: LeBron filled up the stat sheet with 44, 8 and 6, but I’m going to say Iguodala. Curry and Thompson shot just 15-34 from the field, and things looked bad early. But Iguodala really ignited them in the 2nd and 3rd quarters, ending up with 15 points on 6-8 shooting and playing some key defense and contributing to LeBron’s poor shooting night.

Gumas: I Can’t blame your going with Iguodala as he did help ignite GS and played well throughout the game. Now having said that, I’m going with Lebron. I don’t care about how many shots he took, he went with what the defense gave him. If the defense dictates pass, Lebron passes 100% of the time, if it dictates shoot, he shoots 100% of the time, that’s what makes him the best decision maker in the world.

Gillette: Mozgov and Thompson’s dominance. Pete was right in our podcast on Wednesday, the Cavs have the clear edge in the frontcourt. If Kyrie isn’t able to suit up moving forward, those two give Cavs fans some hope.

Gumas: Nothing sticks out to me as overly surprising from Game 1. Could go with GS’s slow start, but they had over a week off, so that could be predictable. What I was astonished at was that with 2 minutes left in a 1-point game, the Warriors still had Iguodala shooting (and missing). Feel like it should have been in Currys hands more down the stretch, like they managed to do in OT. No knock on Iggy though, he played well.

How the Cavs Should Feel:

Gillette: Disheartened. They had a big lead early and seemed to control the game… until Overtime. They got completely shut down and Kyrie’s injury could spell the end for them. It’s a good thing they’ve got the extra day for Kyrie to rest, and to regroup from a devastating loss.

Gumas: Upbeat. They went shot for shot with the Warriors on their homecourt. Sure, they lost Kyrie and that’s tough, but they should have at least proved to themselves that they can keep up with this team whether it’s at home or on the road.

How the Warriors Should Feel:

Gillette: Relieved. If you had told the Warriors before the game LeBron was going to score 44, they probably would have expected a loss. Coming away with a win on a night where they played poorly is huge, and with the Finals jitters behind them they can come ready to attack in game 2.

Gumas: Relaxed. Nothing changes for the Warriors, they stay calm and play their game. They know they won on a night when they weren’t necessarily at their best and that should put them at ease knowing they can rely on their role players to win games when their stars aren’t at their best.

Gillette: The Cavs need to find a way to get JR Smith more involved. He hit some big shots early but then was a non-factor. LeBron needs some help scoring, and with Kyrie’s health in question, Smith is the guy it needs to come from. The Warriors need to rebound. They actually outrebounded the Cavs 48-47, but a part of that came from out-rebounding Cleveland 8-3 in OT when Cleveland couldn’t make a shot. Allowing 13 offensive rebounds for Cleveland not only allowed the Cavs to get a big lead, but it also stopped the Warriors from getting out in transition, which is how they play their best.

Gumas: Going to be very tough for Lebron to do this alone. Assuming Kyrie is out for game 2, Lebron needs to find ways to get some of his other guys involved, mainly JR. They need him to hit some big 3’s if they even want to have a chance. If I’m Golden State, I stick to the plan: Let Lebron go 1-on-1 and take away his teammates. It’s going to be extremely hard for one player to beat the Golden State Warriors. Defensively, the Cavs may actually get a little better, given that Kyrie is a below average defender when healthy and Delly is a pest.

By Aaron Gillette and Peter Gumas