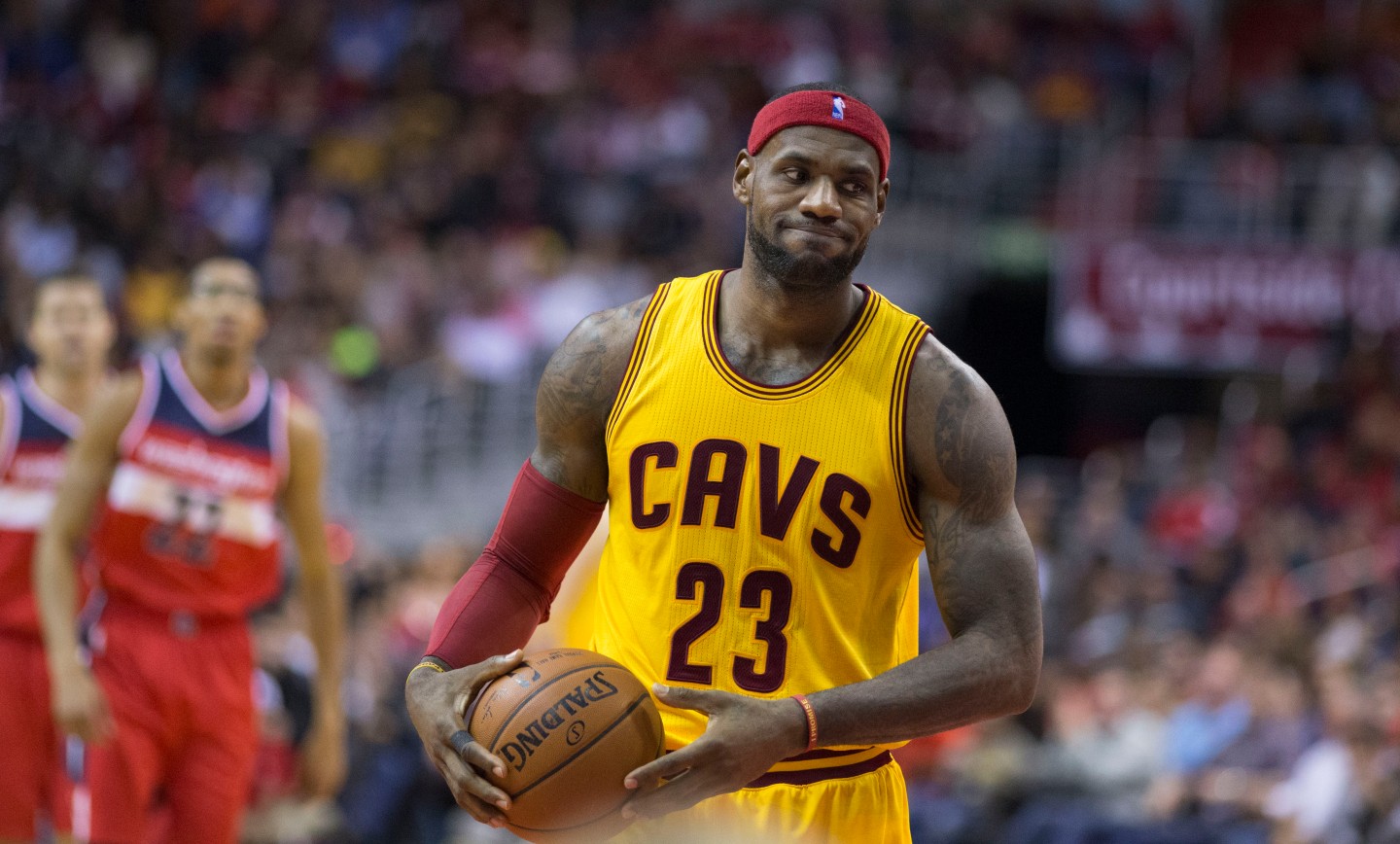 LeBron and the Cavs took Game 2 to even the series at 1-1.

G&G’s Aaron Gillette and Peter Gumas offer their reactions to Game 2 of the NBA Finals and look ahead to Game 3 set for Tuesday night in Cleveland.

Gillette: LeBron and the Cavs are for real, even without Kyrie. Dellavedova and the rest of the Cleveland crew stepped up to harass Steph Curry into missing an NBA Finals record number of 3’s (13), while continuing to hound the offensive glass and hit big shots. The Warriors finally got a great outing from Klay Thompson, but couldn’t slow down LeBron, even with help from the referees late. We’ve got a brand new series.

Gumas: We have ourselves a series. As stated in our previous reaction article, Delly would be a defensive upgrade for the Cavaliers over Kyrie Irving who lacks majorly on that end. If Cleveland can continue to pester Curry and Co, they have a legit chance in this series. They’ve already proven they can win on the road and could easily be up 2-0. Will be fun to see them play at home in front of that crowd.

Gillette: Klay Thompson was great, and Dellavedova was extremely clutch, but obviously LeBron. Even though he shot poorly for a large chunk of the game, I agree with his self-assessment that he’s playing the best Basketball of his career- he knows how to win now more than ever.

Gillette: Mozgov’s absence late. The Cavs pulled it out, but Tristan Thompson’s presence late in the 4th allowed for a hack-a-Thompson approach from the Warriors, which helped them get back in it. Leaving Mozgov on the bench also let’s the Warriors run their 4-small set, which has been successful for them so far.

Gumas: That the best shooter on the planet, maybe ever, shot 2-15 from the 3 point line and 5-23 overall. Credit Cleveland’s D, but don’t count on that happening every night.

How the Cavs Should Feel:

Gillette: Reinvigorated. They went into the toughest building in the NBA and could have easily won both games, and won without Kyrie Irving. LeBron has this team motivated and playing incredible basketball, and with the crowd on their side, they should feel they can take control of this series.

Gumas: Destined. Just seems like whatever adversity this team faces this playoffs, they manage to overcome it. Having Lebron James cures a lot, but this is getting ridiculous.

How the Warriors Should Feel:

Gillette: A sense of urgency. They have yet to play good basketball for a whole quarter let alone a whole game, and they should feel lucky to have one win so far. They need to get back to playing their game of getting out in transition and making 3’s, but not forcing up shots. They were down 2-1 to Memphis, so they have the blueprint for how to respond to adversity.

Gumas: Pressured. They have 100% of the pressure right now in this series. They were the favorites going into the series and when Kyrie went down for good, most thought Cleveland was out. There will be MASSIVE amounts of pressure on them to steal at least one game in Cleveland. Certainly seemed like it wore on Curry just a little bit tonight.

Gillette: Not too many adjustments to make if you’re Cleveland- keep Dellavedova on Curry (Curry shot 0-8 in game 2 against Delly), keep attacking the boards, and keep the ball in LeBron’s hands at all times. Golden State needs to find a way to get out in transition to find more offense; Cleveland has found a way to disrupt them in the half court so they need to find other ways to score. Curry won’t miss that much again, and the offense can only go up from here.

Gumas: I love what the Cavs are doing. In a way it is Iversonian (yes I may have just created that word but it works). This team wasn’t quite designed like the 01 Sixers, but it’s how they ended up. Let Lebron do all the offensive heavy lifting (he took another 35 shots tonight), with his teammates helping him more on the defensive end and boards. Just feed the beast. Here’s why I worry if I’m Golden State, because they are the epitome of a team that lives and dies by the 3. Most of the time that’s not good, but this team is a rare breed that shoots that shot almost better than they do layups. However, as we were reminded on Sunday night, when the shots aren’t falling you can find yourself in trouble. When the stage gets bigger as it will with every passing minute, and the pressure gets heavier, those shots become harder and harder to consistently rely on. They need to force more turnovers which will lead to easy buckets, otherwise they are in trouble. Defensively, you’ve rolled the dice twice and let Lebron go off, he could have won 2 games already, maybe you try letting some of the Cleveland role players beat you? Regardless, I hope LBJ keeps shooting, it’s just good TV.

By Aaron Gillette and Peter Gumas