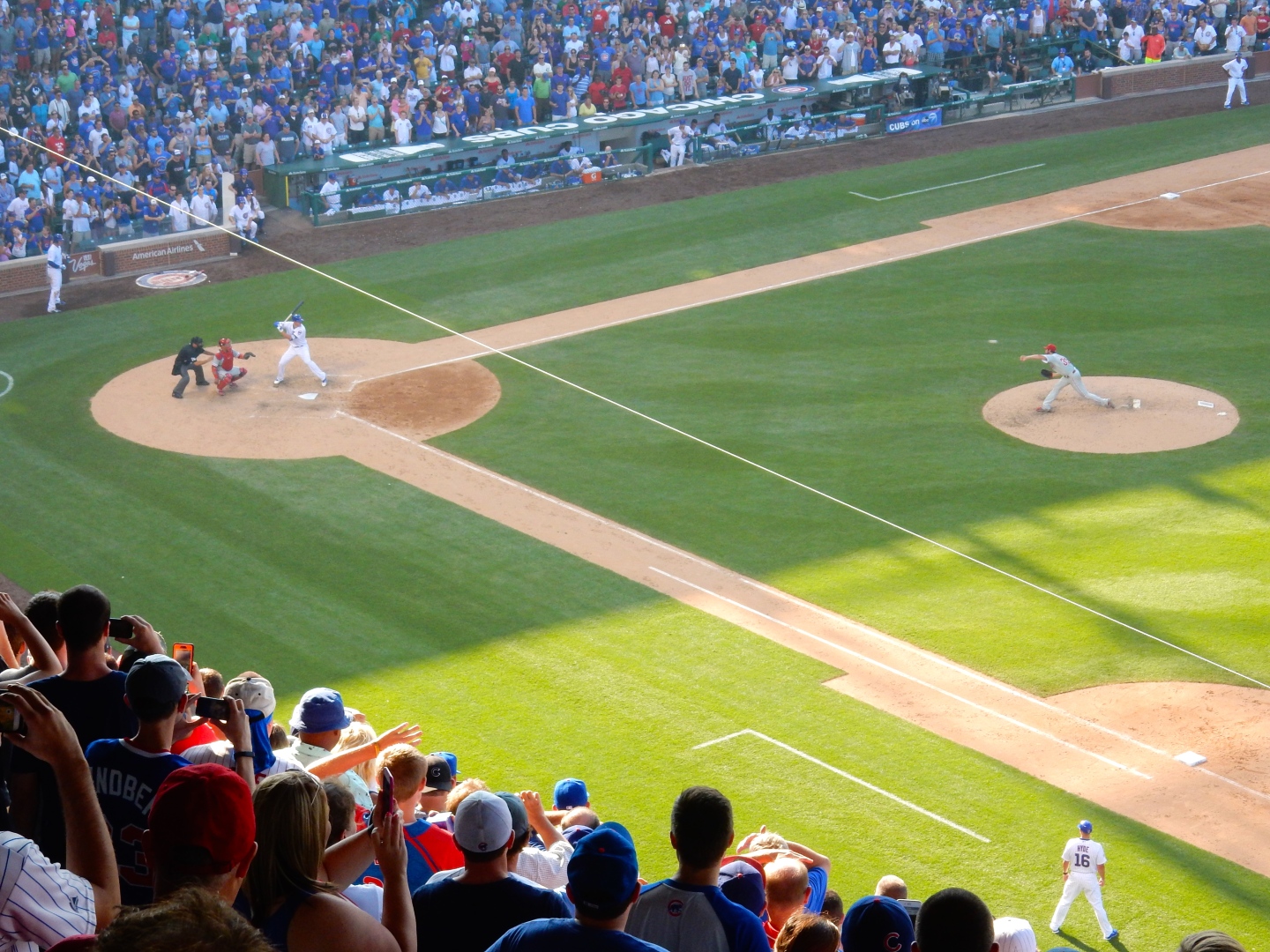 Pissed off. That’s how I feel every time I’m at work and I get ESPN alerts on my phone. This swimmer broke some obscure record, that player had an insane slam dunk. I don’t care. Almost every time I immediately flick away the notification and get back to figuring out where the next orders of tacos are going, or who just ordered this strawberry margarita. But on a slow Saturday night, I found myself glued to my phone. I’ll never forget seeing the phrase “Phillies Pitcher Cole Hamels pitching No-Hitter through 7 innings.” Instantly my attention shifted from burritos to baseballs. A distinct feeling hit me that this would be no ordinary night.

That night, to me, proves why sports are truly remarkable. With the trade deadline looming a mere six days away, and Hamels dead smack in the middle of all the rumors, he took the mound for what he and everyone else very well knew may be his last start in a Phils uniform. It was an odd moment for me, a long-time Phils fan, as I can remember over 300 starts ago when Cole made his first start in Cincinnati. I’ve seen Cole pitch up close in person on a few occasions and numerous times on television. Who could possibly forget his epic 2008 World Series run, in which he captured the World Series MVP en route to the city’s first major sports championship in 35 years? Or how about his place in the Phillies “4 Aces” rotation? Or the time he “welcomed” Bryce Harper to the league by rubbing him off the plate? Simply put, Cole has been one of the most prevalent Phillies during perhaps their greatest span in team history. However, the Phils have sunk to the very bottom of the league over the past 3 years and now Cole takes the mound as more of a monument to what once was, rather than what will be.

Which leads us to where we stand today; the Phillies sit in last place in the MLB. Sure, they’ve had a few bright young spots this year and they are currently 8-1 since the All-Star break. But this team isn’t going anywhere and the city knows it. I’ve been a big fan of the Phillies trading Hamels for a long time now, and in fact, I believe they’ve waited too long as it is. The team simply needs to start rebuilding and their GM, Amaro Jr, has waited too long to do so. Cole himself wants out, not because he dislikes the city, but because he wants to win. Fans of the city of Philly are simply in limbo waiting for Eagles preseason to start.

What should not be overlooked on this particular Saturday night was the guy behind the plate. A man that was perhaps one of the most unsung heroes of the Phillies’ Championship team as well as playoff teams: Carlos “Chooch” Ruiz. Silently one of the best catchers in baseball for a long time, Chooh never hit all that well (except one year), but always was a reliable catcher. He knew the scouting report inside and out and anyone that heard the Phillies’ pitchers talk throughout the years knows just how important Chooch was to their success. However, these days Chooch has been relegated to backup duty. So it appeared the man who caught 207 of Hamels 308 starts was in the lineup by chance tonight. Or was it chance? In my head I like to think that Chooch went over to the skipper and asked for this one. One last opportunity to catch his longtime friend. Make no mistake about it, his years of catching Cole and rapport with the pitcher played a large role in what was accomplished Saturday evening. The two have pitched and caught more than any games together by any current pitcher-catcher combination. So on a warm day in Chicago, perhaps for the last time, a 31 year old standout southpaw walked to the mound as his trusty over the hill catcher squatted behind the plate. I’m sure there was at least some, if not a great bit of, nostalgia for each of them before this game even started.

So, as I stood there at my restaurant huddled over my phone, I couldn’t help but get goosebumps. It felt as if Cole wasn’t “pitching against left handers, he isn’t pitching against right handers…He’s pitching against time. He’s pitching against the future…and tonight I think he might be able to use that aching old arm one more time to push the sun back up in the sky and give us one more day of summer.”¹ I honestly believed that this was Cole thanking Phillies fans one last time, taking us back to those cool October nights in 2008 or to the warm summer afternoons where fans at sold out Citizens Bank Park watched in awe as pitchers like Roy Halladay, Roy Oswalt and Cliff Lee put on dazzling performances. Cole was doing everything he could to give us one shining moment in what will otherwise be a very forgettable season.

We can’t control time, but on this unforgettable night in July 2015, time surely stopped. The trade rumors took a back seat, and Cole was just a pitcher in red pinstripes. Just a man throwing a ball better than anyone else. Of course, crouching behind those hitters and catching the ball was the pitcher’s longtime companion, whose best days are far behind him. A savvy veteran who is now tied for catching the most no-hitters of all time. This night couldn’t possibly be in 2015; it felt way more like 2008. Even Ryan Howard got into the act, popping one out of the park that night. Years from now, when Cole retires, we Philly fans will remember his last night in a Phillies uniform. We’ll remember that for one night, he had fans all across Phillies nation huddled around their televisions, phones and computers clinging to the moment. Giving us a heart attack with every pitch.

A pitcher with one foot out the door, a catcher way past his prime, and a team in the basement. Everything on this night pointed towards another tough game for the Fightin Phils. But that’s why we play the games. It’s why sports are one of the greatest parts of American society. They can’t be scripted or predicted. The underdog is never out of any game. No matter the circumstances, anything can happen. But most importantly, sports bring people together, and for one last time, Cole united all of Phillies nation for one last time. So for one last time from Phillies nation to you, thank you Cole.