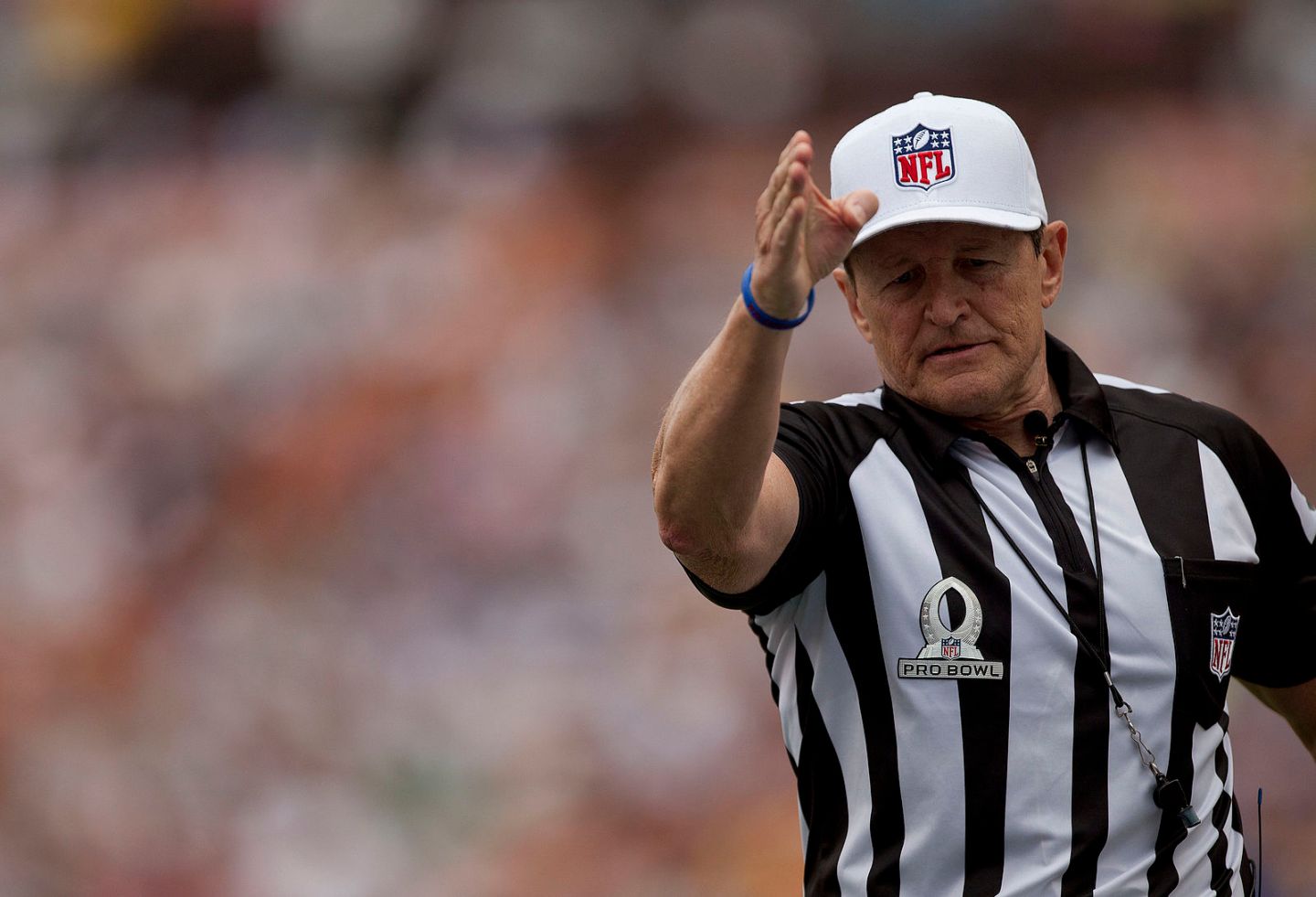 Should we blame referees for our teams losses?

Preface: I believe that as an American citizen producing some form of content in the last week of October that I am constitutionally required to use a Halloween theme or gimmick. Every sitcom, podcast, and column is using a running Halloween gag or Trick or Treat-centered concept this week. In order to conform to society’s strict rules on this matter, I am forgoing my usual five takes this week for a singular point of focus. You can also get in the Halloween spirit by following me on Twitter @MickorTreat

If you ask me for three words on how I feel about blaming the referees when your team loses, I unequivocally and without hesitation respond: “I hate it.” However, as a bit of a homer, when the Ravens came up on the short end of a few bad/questionable calls during their Monday night game against the Cardinals, I decided to explore the concept in a little more depth.

Let’s start with this specific game. The Cardinals are clearly a better football team than the Ravens, who fall somewhere on the spectrum between terrible and mediocre but unlucky. The Cardinals controlled the majority of the game, and if not for a missed extra point and a few boneheaded clock management decisions on their last offensive drive, they would have won the game comfortably. Baltimore fans can argue that Arizona wouldn’t have been in control had the referees not made calls (or correctly made calls) that killed a Ravens drive, gifted Arizona a fumble, and let Chris Johnson keep running after being tackled.

Obviously these decisions impacted the game, and maybe the Ravens would have won had the calls gone the other way. So wait Mickey, can you blame the refs? Maybe you can. But ultimately, each inflection point where the call would have changed would have altered the rest of the game in unanticipated ways. In addition, the refs certainly didn’t cause poor secondary play from the Ravens or force Joe Flacco to throw off his back foot.

The question should shift away from “can” to “should.” Should we blame the refs? When a call they make (or fail to make) at a pivotal point in a game seems to be the direct cause of our misery, should we spend the next day bashing these insufferable, useless, bumbling fools? Directing hate towards men who weren’t good enough to play and now think they are omnipotent because of a black and white striped shirt and a whistle? No, we shouldn’t, and I’ll tell you why not.

In my mind there are five key points in why we blame refs (Trick is on you! Now it is a Take 5!) Let’s break it down:

Five reasons to blame the refs:

Five reasons not to blame the refs:

Well that didn’t help much. So here are my takes on each of these five points:

In short, I find it wrong to blame the refs. Referees do their best to make the right calls in the moment, and in the long run, I don’t think your favorite team ends up on the wrong end of more bad calls than anyone else. There’s evidence that home field advantage is strongly derived from crowd influence on the referees, but everyone gets the same number of home games each season (unless you’re the Jaguars who have decided to call London their new second home; sorry, Jaguars fan; even bigger apologies, London). Most importantly, I just find blaming the refs to be really uninteresting. When you blame the players or the coaching or the front office, you and your buddies can argue endlessly about who’s at fault. You can act as coaching experts and talent evaluators. It’s part of what makes watching, reading, and discussing sports so much fun. Blaming the refs, on the other hand, is a non-starter. The referees’ actions are outside anyone’s control and couldn’t have been prepared for beforehand. You blames the refs, everyone shakes their heads, and the debate ends. That’s boring.

So if you shouldn’t blame the refs when your team loses, and you still want to kvetch, where should you turn your attention? How about league offices. Write strongly-worded letters to big, bad Roger Goodell about how unnecessarily complicated the rulebook is. Send Rob Manfred e-mails demanding robot umpires that call balls and strikes. No one in the NFL seems to know how to define a catch and it’s making everyone angry. The best definition we can all agree on mimics Supreme Court justice Potter Stewart’s 1964 characterization of pornography: “I know it when I see it.” So write your own rules. Someone out there has to be able to coherently describe a catch in two sentences or less. Just make sure to keep it interesting. Argue, disagree, and keep the debate flowing. Just don’t huff and puff and blame the refs. Even if they do this. And if all else fails, you can always give the refs a Yelp review.