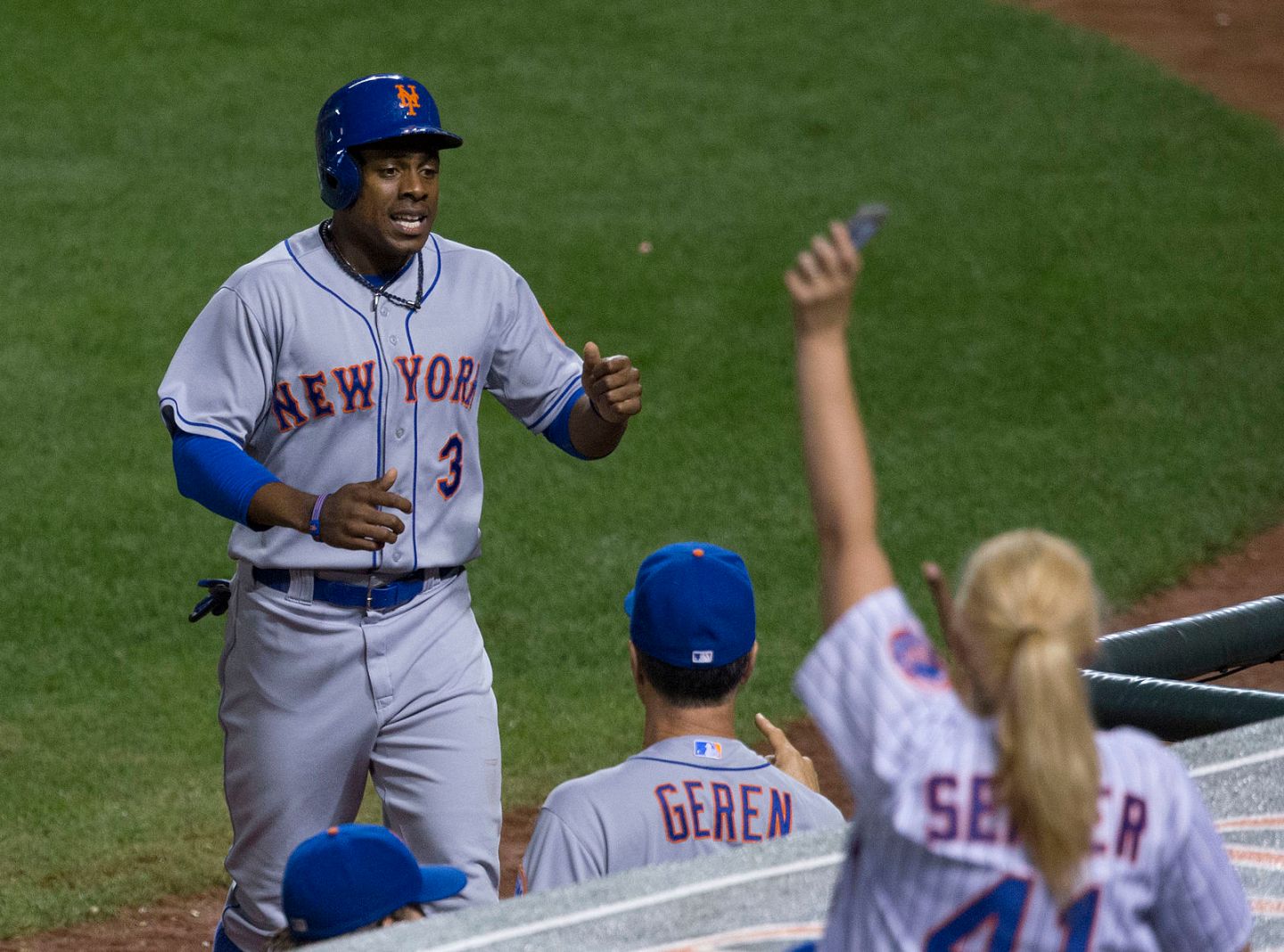 It looks like we’ve got ourselves a series! After the Royals looked ready to sweep the Mets away after two big wins in Kansas City, a little home cooking got the Mets back on track. Here are 10 thoughts on Game 3:

High and Tight: Noah Syndergaard was clearly sick of the Royals ability to grind through at bats, and sent a message with the first pitch of the game, throwing a 98 mph fastball high and tight. After the game he admitted to trying to own the inside part of the plate (not trying to hit anyone), and it paid off. Six strike outs over six innings was impressive given how this Royals offense has been swinging the bats, and for the first time all series the Royals batters looked uncomfortable at the plate.

Royals Offense Flips: Speaking of that Royals offense, this game proved to be the opposite of how their offense has succeeded this postseason. Most games the Royals have struggled early, then made adjustments and delivered some late runs. But on Friday night…

Syndergaard Settles In: …Syndergaard was the one who made adjustments. After the Royals were able to string some hits together in the first two innings and score some runs, Syndergaard settled in nicely, only allowing one hit (an infield single) after the second inning.

Ventura’s Mental Error: After the Mets looked pressured in the field early in this series, Ventura appeared to get rattled early and often in Game 3. This was most evident on Conforto’s RBI infield single to first base; with the runner on thrid, Ventura got confused on the high bouncer and headed towards home instead of covering first, allowing another base runner on. Ultimately, his pitches were catching too much of the plate, allowing…

Mets Offense Wrights the Ship: See what I did there? It was great to see the captain get involved and drive in 4 runs, including a big time two run homer that seemed to bring life to a Mets offense that was struggling. 12 hits from the offense was encouraging, although the Mets desperately need more from Murphy and Cespedes, who are each just two of  thirteen this series.

Granderson Shines Again: As good as Wright was, Granderson continues to be the key piece of this Mets offense. His two run home run was obviously the turning point in this game, but scraping his way on base to lead off the game set the tone for the Mets.

d’Arnaud Can’t Throw: One definite cause of concern for the Mets is d’Arnaud’s arm. The Royals were stealing at will, and I’m sure they are aware of this stat: the Mets haven’t thrown out a runner stealing since September 30th.

MVP Watch: With the Royals in the L column, we finally get to talk about some Mets. In my opinion, it has to be Granderson. Without him, there would be much more talk about how much Cespedes and Murphy are struggling.

Royals Outlook for Game 4: After such a commanding lead, the Royals are in desperate need of a win in Game 4. If this turns into a best of three series with the Mets getting to throw Harvey, DeGrom and Syndergaard again, the Mets will be pretty confident. It will be interesting to see how Chris Young pitches after he was needed in long relief in Game 1, and after that long look at him, the Mets offense will be ready for him.

Mets Outlook for Game 4: The Mets seemed to turn the page in a big way with last night’s win. Syndergaard really set the pace for this team both mentally and physically, and confidence should be high in the Mets locker room. Game 4 is hugely important though, as the chances of winning a series down 3-1 is little to none.

On a completely unrelated note, I wanted to share with you all that this is post #100 on gandgsports.com, a big milestone for us. We are extremely thankful for all of your support, and look forward to bringing you many more blogs and podcasts.