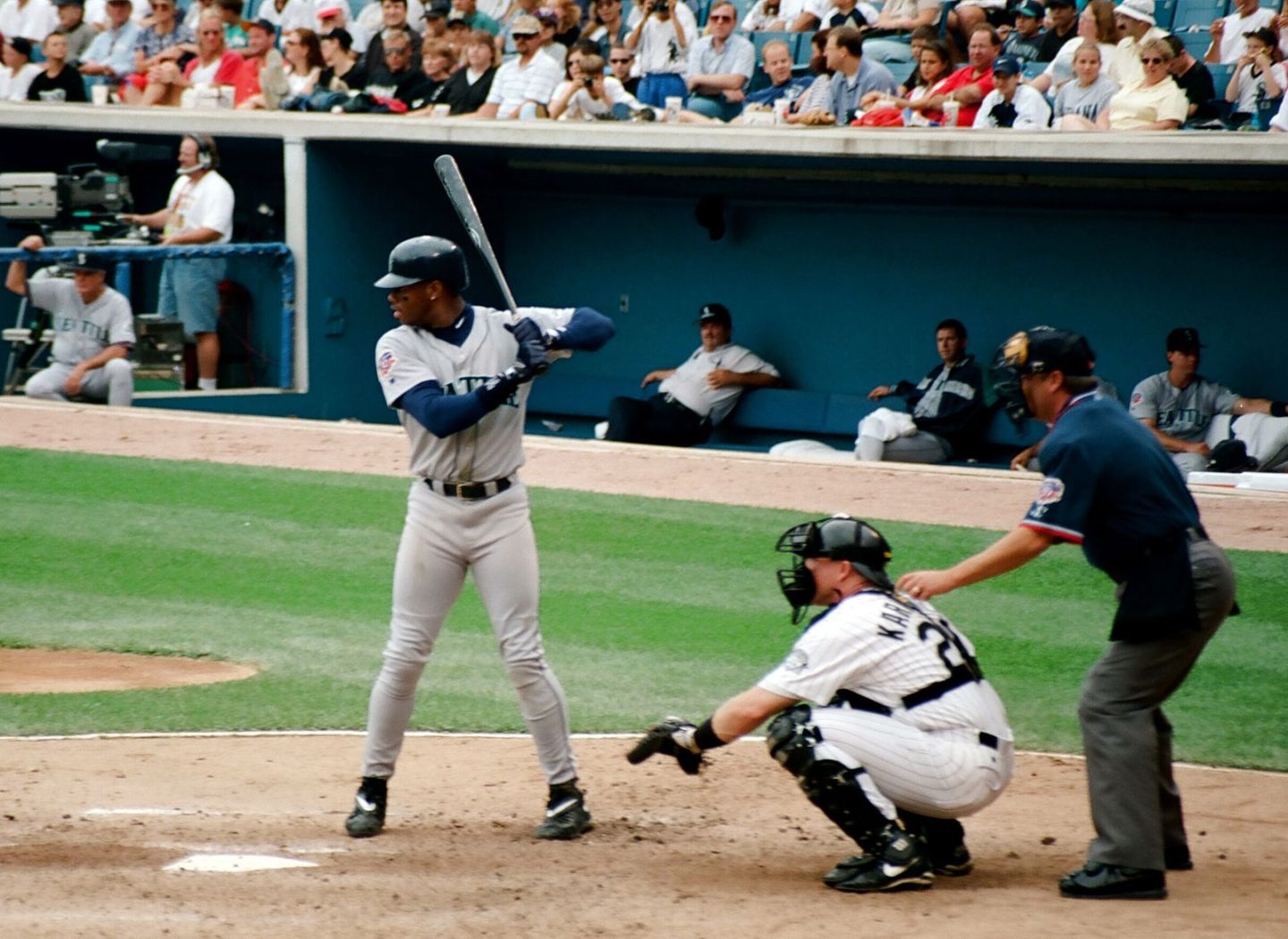 Ken Griffey and 26 other MLB players have surpassed 500 home runs. Whose next?

It’s only been 10 days since the MLB season ended, and I’m in Baseball withdrawal. No bat flips to argue over. No ridiculous web gems to gawk at. And no more hoping for no-nos for a chance at free pizza. So I’ve decided to write a series of articles this offseason dedicated to what we baseball fans love most: historic statistical achievements. So, today I kick off the series with one of Baseball’s storied clubs, the 500 home run club, while entertaining you by never repeating the same name for homers. Let’s dive in:

When David Ortiz mashed this 1-2 fastball into the night sky air-conditioned seats of Tropicana Field, he became the 27th member of the 500-jack club. As expected, celebrations, touching moments and Hall of Fame debates ensued. But this time around, something felt sort of ho-hum about such a momentous occasion.

Many people will look at the slew of recent players and connect many of the names to performance enhancing drugs, and rightfully so; many of those players failed one test (Palmeiro), failed multiple tests (Manny), plead the 5th (McGwire), or came up in the Mitchell Report (basically everyone else). So with Ortiz representing the end of the steroid-era players capable of reaching the club, are we done seeing clumps of power hitters achieve the milestone?

Not necessarily. While seven players have joined in the last eight years, that’s actually not the most condensed period of club initiations. In the seven seasons from 1965 to 1971, an incredible seven players reached 500, with six of those seven joining in the five seasons between ’67 and ’71: Willie Mays ’65, Mickey Mantle ’67, Hank Aaron ’68, Ernie Banks ’70, Harmon Killebrew ’71 and Frank Robinson ’71. And while the players in those days may have been aided by “greenies,” the era is largely considered untainted.

So the question remains: with no more steroids (at least in mass), and pitching dominating baseball, will a next wave ever come? Let’s examine some current players. Among active players, Adrian Beltre (413 round trippers, age 36), Miguel Cabrera (408, 32) and Mark Teixeira (394, 35) appear to have the best chance. But all three have their doubts. Beltre has slowed down with fewer than 20 goners in each of the past two years, and would likely need to play into his 40’s to hit the milestone. Teixeira had a resurgent 2015 season with 31 bombs, but once again struggled with injuries, playing just 111 games. His history of injuries is well-documented, as he has managed to play more than 123 games in just four of the past twelve seasons. Cabrera appears to be a lock, but has had his share of injuries the past few years as well, and with his body type could see a sharp power drop off if his hands and hips slow down as he approaches age 40.

How about the current players heading into or exiting their prime (for this article’s sake we’ll call “prime” seasons age 27-33)? This group of players is less exciting. The active leader for age 30 or younger is Jay Bruce sitting at 208 long balls, with Matt Kemp (age 30) just three behind at 205. Prince Fielder at age 31 appears to have an outside chance, sitting at 311 big flies. But he hit just 23 this year in a hitter-friendly park, and if his career arc mirrors that of his father, a power hitting cliff-dive could be coming.

But all hope is not yet lost; tater totals were up league-wide in 2015, especially among the young guns taking the league by storm. Two of the games biggest stars, Giancarlo Stanton and Mike Trout, already rank in the top 100 of active dinger leaders, the only players on the list under the age of 27. If Giancarlo Stanton can stay healthy, he seems like a great candidate with 181 moon shots at age 25, although his home park pays him no favors. At age 23, Mike Trout is already sitting at 139 blasts, with three 30-whammy campaigns under his belt. Then there’s Bryce Harper, the 22-year-old likely NL MVP with 97 career ding-dongs following his first 40+ taco season (ending at 42). Also in 2015, 24-year-old Nolan Arenado burst onto the scene, going yahtzee 42 times in just his third full year in the bigs (bumping his career total to 70). If he locks up a long term deal with the Rockies, he could play the bulk of his career in the gopher ball inducing thin-air of Colorado.

So will we ever see a stretch of 12 players joining the club over 16 years? Maybe not. But don’t worry, as long as chicks dig the long ball, players will continue to chase after the big five hundo.